We are excited to share the race report from Fluid Cycling Coach and Captain on the road Aaron Keeffe after the squads first road race at South Gisborne last weekend... 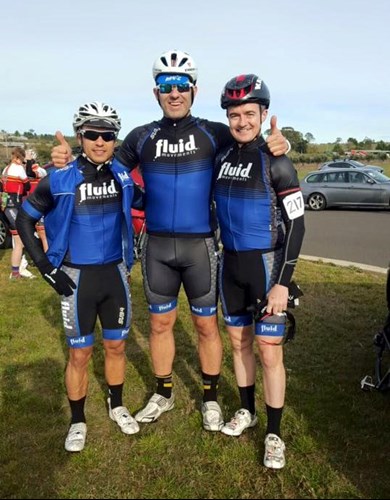 We were very happy with our first race for Fluid Racing, not all went to plan but we learnt a lot about tactics and working together as a team.

John Axsentieff after some doubt if he could get a late entry did actually get to start the race at the last minute which was a huge boost. The pace was a bit up and down initially - what we'd trained for, but it made it tough for the guys doing their first race to hold position in the first third of the pack.

I stayed close to the front to keep our riders protected - Plan A was that Steven Dornik who had good legs would sit on my wheel and I'd get him into an early break, but all the breaks were being chased down quickly.

On Lap 3 of 7 of the 8.4km circuit Mike Parker, John Axsentieff and Steve Dornik were back catching their breath when a mid pack crash caused a big split. The guys were caught behind it while I was up the road chasing a breakaway. It was a few km later before I realised they were gone.

I stayed on the front of the 10 man break and kept the pace low hoping they could come back up but Mike and John pulled the pin when they couldn't get back to the bunch. Steve did an amazing job sticking it out and finishing 15th after riding the last two windy hilly laps on his own! Time spent in the hurt locker that will really help build strength.

I ended up realising I had a rare chance to race for myself, and felt strong enough. The last 2km were a long uphill slog into a headwind, finishing with 400m dead flat straight.

I planned to sit in up the hill and attack just short of the crest, but another guy attacked 500m earlier. I didn't want to go so far from home but as I moved up to cover him everyone else fell away, so I threw it in the big ring and gave it everything.

I flew past him and pinned the ears back but he had just enough to get onto my wheel. He got around me with 50m to go and I was done. I ended up finishing second in D Grade.

Happy for the team to get a podium first day out and stoked for the guys in their first race! 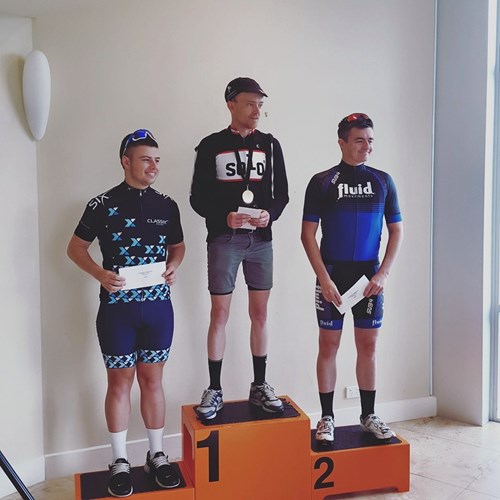 Massive thanks for all the support we've had getting the Fluid Racing program up, especially Sean and Lyndsey Foster.

We are racing 3 more events during the road season, a Southern Masters Crit at Casey Fields in June and then 2 Northern Combine events in July and August, culminating in the Amy Gran Fondo in September.

If you want to get into road racing, but don’t know how, get in touch with us at sean@fluidmovements.com